Google’s ever evolving ecosystem results in minor and sometimes major changes to their products. This year, Google invested in the features of Google Classroom, adding several major feature changes to the web app. This article focuses on the Fall 2018 changes. Be sure to read the overview and January 2017 updates articles if you have […]

Google Classroom is a learning management system (LMS) designed by Google and implemented in Google’s G Suite for Education. This highlights new features added or changed from the previous published article. If you have not read the first article, it provides an overview of all the features of Google Classroom. This article builds onto those […]

Despite its uses, Linux operating system is not as well known as Microsoft’s Windows or Apple’s Mac OSX systems. However, Linux is prevalent in Android phones, smart TVs, the internet of things, and a vast majority of the internet’s server infrastructure. There was even a short period of time where Linux was found on netbooks. […]

Google classroom is a learning management system (LMS) designed by Google and implemented through Google Apps for Education. Learn the various features within Google Classroom including the new 2015 updates such as Discussion Questions and Calendar integration. Read on to find out more.

Wallabag is a free and open source webpage saving application used to store webpages for future reading or referencing. Wallabag saves the text and images from a webpage and reconstructs the page within the application for an easy to read interface. It even predicts how long it will take to read the article! Read on […]

Kodi is a free and open source alternative to standard media centers such as Windows Media Center or iTunes. With mobile apps to view media and act as a remote control, there are several tools that enhance the Kodi experience. In addition, dozens of plugins add features such as pvr functionality and online streaming. Learn […]

Whether your company has moved to Google Apps for Work or you school has started using Google Apps for Education, here are ten tips and tricks to use Google Drive more effectively and improve productivity. Video Tutorial Written Tutorial Shared Google Drive files are also found in Google Drive’s “Shared with me” Oftentimes, new users […]

Pydio is an open source self-hosted alternative to online cloud service providers. This software provides additional privacy by storing files on local computers and removes the small storage limitations that online service provides offer. Pydio boasts features such as monitoring the number of times files are downloaded and can share files to internal or external […]

Sharing within Google Apps was primarily designed for sharing with a small number of users. However, as Google Apps has expanded into schools and business, the sharing features cannot easily handle large groups of users by default. To accommodate sharing and collaborating with large groups of users, apps such as Google Contacts and Google Groups […] 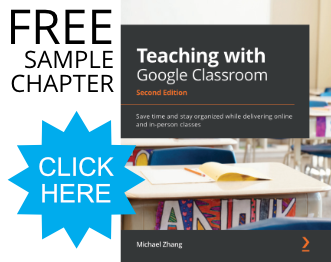