With internet video streaming services such as YouTube and Netflix, Smart TVs have gained in popularity. 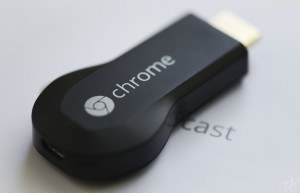 However, if you already have a functional TV, purchasing a new one for online functionality is unrealistic. Instead, new hardware such as Apple’s Apple TV or Google’s Chromecast can add functionality without breaking the bank. Which solution is best for you is dependent on pre-existing hardware. For example, if your home has Macbooks, iPads, and iPhones, an Apple TV is most likely the best choice. However, if you have a mix of devices such as Windows, Apple and/or Android devices, a Chromecast may be the better choice. With a price-tag of $39.00 CAD versus Apple TV’s $109.00 CAD, find out how smart the Chromecast can make your TV.

The Chromecast is slightly larger than a USB memory stick and connects to an HDMI port on your TV. Depending on how new your TV is, it may need additional power, which it receives through a micro-USB port. Many TVs have USB ports to display photos directly off memory sticks. One of these ports can be used to power the Chromecast. Therefore, with the Chromecast only drawing power from the TV, it will turn on and off with the TV.

Chromecast can add more functionality than just streaming videos. Many apps are now able to stream additional content to your TV. Music can also be streamed to the TV. When entertaining guests or cleaning around the house, Songza is often streaming to the TV. Songza has pre-made playlists categorized by events such as “Dinner Party: Casual” or “Housework” that selects songs that contribute to that event’s atmosphere. Additional functionality includes mirroring the screen of your Android device onto the TV. This feature is useful for showing apps that may not have native Chromecast support. While screen mirroring is only available on newer Android devices, it is able to also mirror Google Chrome tabs or the entire desktop on Windows or OS X.

Chromecast emphasizes simplicity and ease of use. With the functionality of video and music streaming from online and personal sources, and mirroring computer and device screens to the TV, my home TV uses Chromecast more than any other input. With online streaming of TV shows, sports games, and movies, there is no need for traditional cable TV; instead, my family relies primarily on Chromecast for our TV entertainment. Mz

Google Tips: WHAT is Google Drive and WHY use it? (Part 2): How to Share Files in Google Drive

Google Tips: How to Upload and Download Folders in Google Drive 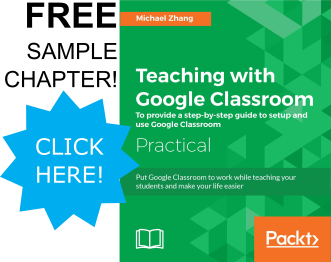